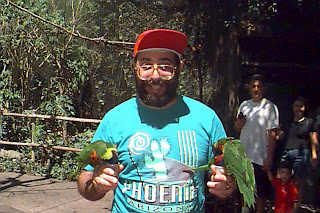 Normally, a Jewish person editing a Wikipedia page wouldn’t be out of the ordinary, but in the case of Alex Jones, who has bee under the patriot community microscope for several years and suspected of possibly being a Zionist shill, Rubin’s involvement on Jones’ Wikipedia page is suspicious at the very least.

Here are about half a dozen edits by Rubin:

Rubin completely removes the following, which is critical of Jones’ screening and on-air behaviour with callers.

“On his syndicated radio show, Jones is noted for allowing on callers who question his stance on certain topics. However, once Jones allows such callers to utter one or two sentences, he is known for going on a screaming diatribe that often has nothing to do with the substance of the caller's topic.” –Removed

The following was posted and later removed by Rubin:

“In 1993. After high school he briefly attended [[Austin Community College]] because he couldn't get into a University.” – Self edited

“( http://www.truthtellers.org/) He appears on the nationally syndicated radio show, Coast to CoastAM with George Noory” – Removed

The above removal is interesting, considering the fact that the head of truthtellers, Rev. Ted Pike, has now spoken out against Alex Jones. Pike made several appearances on the Alex Jones show and has since called out Alex Jones for being soft on Israel and the Jewish question.

“In late 1999 Jones' show was accused of fear mongering and spreading [[Y2k]] hysteria. In his show on December 31st, 1999, he claimed that nuclear war was on the horizon, and that nuclear power plant meltdowns, gas and water shortages had been caused by the Y2k bug.(http://www.youtube.com/watch?v=LpHY6nF73-U&feature=related)” – Removed

“In 2007, Jones had an interview with Noam Chomsky on his radio show and disagreed with him on gun violence in United States and England. After Chomsky left the interview, he went on a rant denigrating Chomsky. But what Chomsky said was factually accurate and Jones's rant was completely baseless though he sounded like he was speaking the truth thus misinforming his audience. Jones's assertion of gun violence and confiscation of guns in London was not verifiable.” – Removed

In one instance, a reference to prominent alternative thinker David Icke is removed by Rubin when referring to other anti-NWO patriots. Additionally, Rubin removed a reference which referred to Alex Jones as an actor in a long line of occupational descriptions.

What’s more, Alex Jones has had upwards of 19 Jewish advertizers in his vast alternative media empire. His wife is Jewish, his political stance is pro-Israel, and he spends a lot of time entertaining discussions of long-dead Nazis and Germanic Death Cults running a global conspiracy.

According to Rubin’s own Wikipedia page, he earned a PH.d at the California Institute of Technology, and ran for the California State Assembly (55th district) on the Libertarian Party ticket in the early 1980s.